You are here: Home / Financial stability

David Grimmond writes about the old Chicago Plan, written up following the Great Depression (Infometrics link).  Given the way it is described by the IMF he believe it:

There are many other examples of low lying fruit in the policy domain where a combination of entrenched interests and innate conservatism inhibits movements to welfare enhancing changes (eg a flat tax/guaranteed minimum income tax benefit system, redesigning GST on a origins basis, and global free trade).

The claimed benefits of adopting the Chicago Plan are truly profound, and if true would have a larger impact on the welfare of New Zealanders than most other issues that dominate political debate.

It would seem to be a good use of government resources to have this issue investigated thoroughly to, either put to bed the claims if they are illusory or to begin implementing a change if they are indeed genuine.

The potential benefits David notes are:

1. Having to obtain outside funding rather than being able to create it themselves would reduce the ability of banks to cause business cycles due to potentially capricious changes in their attitude towards credit risk.

2. Having fully reserve-backed bank deposits would completely eliminate bank runs, thereby increasing financial stability and allowing banks to concentrate on their core lending function without worrying about instabilities from the liabilities side of their balance sheet.

3. Allowing the government to issue money directly at zero interest, rather than borrowing that same money from banks at interest, would lead to a reduction in the interest burden on government finances.

4. Allowing a reduction in private debt levels as money creation would no longer require the simultaneous creation of mostly private debts on bank balance sheets.

5. It generates long term output gains from a lower interest rate profile, lower tax rates (as the government can earn more from seigniorage), and lower credit monitoring costs for banks.

6. It can allow steady state inflation to drop to zero without posing problems on the conduct of monetary policy. A critical underpinning to this result is the greater ability to avoid liquidity traps as the quantity of broad money would be directly controlled by policy makers and not dependent on bank’s willingness to lend, and because the interest on Treasury credit would not be an opportunity cost of money for asset investors, but rather a borrowing rate for a credit facility that is only accessible to banks for the specific purpose of funding physical investment projects, it could become negative without any practical problems.

This does sound to good to be true.  Hence why, as always, there are trade-offs.

END_OF_DOCUMENT_TOKEN_TO_BE_REPLACED

I had to do a brief chat about the Global Financial Crisis, “mistakes” that were made, and the role of the international financial architecture, for a organisation I’m not naming with people I’m not naming.  It was Chatham House rules, but nothing particularly rough was said – so I’m more not naming anything as I like to let people’s minds run wild!  Anyway, here are the notes I wrote for myself in preparation – make of them what you will.

END_OF_DOCUMENT_TOKEN_TO_BE_REPLACED

David covers a range of concerns about LVR’s in his piece, however he is also concerned about whether having a central bank use such policies is appropriate and whether it is really a reasonable part of their mandate:

First rather than addressing the tax-related root cause to an excessive demand for home ownership it is trying to curb demand by introducing a new set of regulations. If you cannot change the tax rules then there may be some merit in a LVR scheme, but the result will invariably be worse than an approach that directly addresses the tax design issue.

The second issue relates to one of the political mandate for the LVR regulations.

Tax laws are determined by government and parliamentary votes.

If it is the political will to have a tax system that favours home ownership, what is the political mandate for a non-elected body like the Reserve Bank to introduce regulations to “protect” people from taking advantage of these tax rules?

Ultimately the Bank is imposing highly selective regulations that are limiting free choice and redistributing wealth across society.  These are the type of actions that normally require a political mandate, and it is not obvious that the Bank possesses this mandate.

Unlike the elected government, we do not have the recourse to vote out the Reserve Bank Governor at the next election if we are not happy with the Bank’s performance.

A very important point, and one a lot of economists out there (including the economists at the RBNZ) are puzzling over.

LVR restrictions have been in force for just over a month. They are beginning to bite.

END_OF_DOCUMENT_TOKEN_TO_BE_REPLACED

It appears an OIA request has made government ministry advice relating to loan-to-value ratio limits on mortgages available.  The Herald article is here:

Linking is not approving. END_OF_DOCUMENT_TOKEN_TO_BE_REPLACED 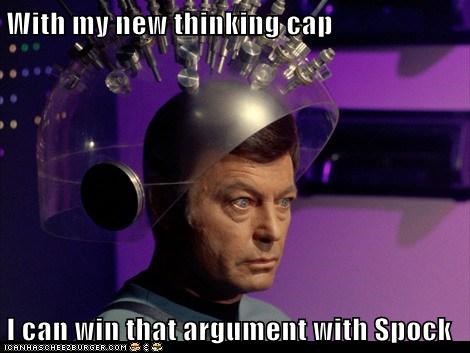